A Helping Hand For Michigan Families

Over 120 years of combined legal experience advocating debt resolution for our clients.
We look forward to earning your trust.

Prior to implementation of the "Bankruptcy Abuse Prevention and Consumer Protection Act of 2005" (BAPCPA), debtors were able to discharge private student loans in either Chapter 7 or Chapter 13 bankruptcy.  Since then, young Americans have continued to struggle due to: 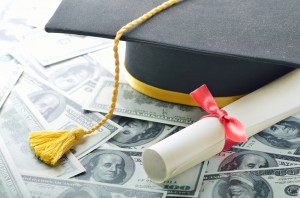 Approximately 40 million American have student loans and approximately 10% of all student loans are privately held.  If proposed legislation is made into law, the debtors holding these loans would be allowed once again to eliminate or consolidate their student loan debt in bankruptcy. For bankruptcy fliers, the amount of debt related to student loans has grown steadily½one source (Professor Daniel Austin of Northeastern University) found that figures doubled between 2006 and 2013, where the average student loan debt tipped just over an average of $32,000. The recent bill called the "Fairness for Struggling Students Act of 2015" would once again treat privately held student loan debt like other dischargeable debts, such as credit cards, medical bills, personal loans, loan deficiency debt, etc.  Bill sponsor Senator Dick Durbin of Illinois stated:

The major difference is that most every other type of debt (outside of child support) is dischargeable in some way or another.  Can't afford your mortgage?  You can surrender your home under a Chapter 7 or Chapter 13 bankruptcy for debt relief.  Can't afford your car loan?  You can give the car back or reduce the payments under a Chapter 13 to make it more affordable.

Other Options for Debt Relief

Until there is a law change providing for better debt relief of student loans, take advantage other debt reduction options to leave more room in your budget to pay down student loans.

By eliminating other debts that are draining your monthly budget and credit score, you will be able to apply more of your income to pay down student loan debt.

The goal of the Chapter 13 plan is to provide a balanced budget and improved credit.  Completing the program should put you a better position to handle your student loan payments as well as other debts.

Less than 1,000 people a year attempt a hardship discharge of student loans using bankruptcy.  Mainly this is due to the difficulty in proving "undue hardship" or that fact that the debtor will never be able to afford their monthly payments. Will standards ever loosen?  Last year a group of senators advocated that the United States Department of Education establish clearer standards for achieving a hardship discharge. Ultimately it is up to the bankruptcy judge as to whether a hardship discharge is granted.  A recent ruling surprisingly allowed a 28-year-old healthy debtor to eliminate $119,000 in student loans owed to National Collegiate Trust and Discover bank (DeLaet v National Collegiate Trust, 2015).  While the ruling encompassed the debtor's total circumstances, it included the fact that: "the only repayment option offered by the lenders was the suggestion that the debtor find more money."  Isn't this what all creditors say?!

The Future of Bankruptcy?

While this is only one ruling, it shows that there could be light at the end of the tunnel.  Between possible future changes to the bankruptcy laws allowing for the discharge of privately held student loans to better standards for hardship discharges, bankruptcy might just be the future "get out of jail" card for the current prison that student loans creates for many. Call us today for more information on your options to file for bankruptcy protection or settle your debts.  We offer a free consultation to:

We are a Michigan based law firm with seven convenient office locations in:  Detroit, Ann Arbor, Southfield, Flint, Warren, Lansing and Dearborn.  Call today at 866-261-8282 for a free consultation.

Do You Need Help?

Contact the location that is most convenient for you.

Prior to filing a Chapter 13 Reorganization, one of my biggest concerns was “how will this affect my credit?” After talking with one of the attorneys at Acclaim Legal Services, they showed me that a Chapter 13 would allow me to consolidate my bills based on my…

I truly wish that Chris and Cindy had been our legal team from the beginning. We did not know what to expect, we were very uneducated about the chapter 13 process.

Our attorney of record prior would not return email, calls and when I made appointments was not available to help or answer questions.…

I came into my Chapter 7 Bankruptcy with a lot of questions and a lot of misinformation. I was concerned if I was ever going to get out of the mess that had been created. My attorney quickly put me at ease and made the law very clear so I could easily understand…

I would like to extend a special thank you to your firm, especially Cindy Millns and our attorney – they were both very helpful in this whole process very reassuring. I would recommend your firm to anyone that needs assistance!